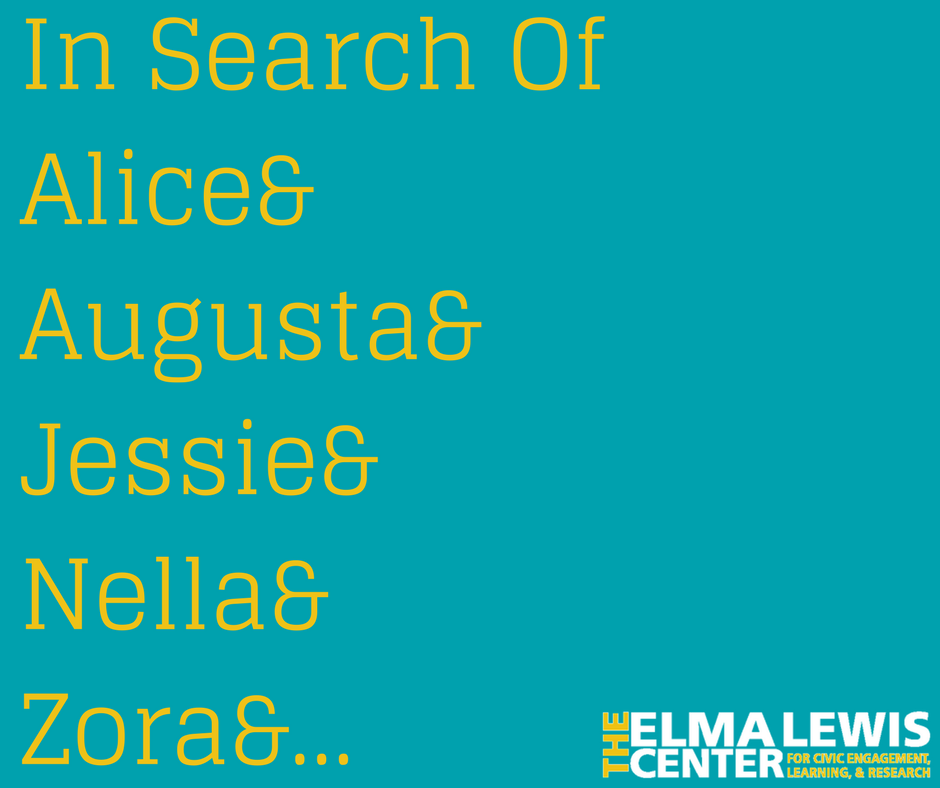 Alice Walker’s extensive and careful recovery of Zora Neale Hurston’s legacy is more than just an easily recognizable entry into a discussion of Black women artists during the Harlem Renaissance. Walker’s work is a powerful manifestation of womanism in practice, in the ways in which she expresses love and appreciation for women and “women’s culture, emotional flexibility and women’s strength”* by giving Hurston her due platform and acclaim.

The fierce and loud-laughing Zora Neale Hurston refused the obscurity imposed by dominant historical narratives that would rather she had never dared to exist at all. Her contributions to anthropology and literature are impossible to deny. Her defiance lives on, not only in texts revived and reprinted following Walker’s efforts, but also in continued endeavors to ensure that the works of Black women artists and thinkers stay alive beyond cursory footnotes and untended archives.

A reflection on our syllabus project would be incomplete without mention of the needling discomfort of the term “Hidden Figures.” What does it mean for Black women to be “hidden” in history, and to whom are they invisible or illegible? What does it mean for readers to now have access to personal letters and diaries by Black women whose names may have been unknown until recently? What does it mean to be carrying out a project such as this from within a predominantly white institution of higher education, one that is at its core concerned with propping  up the divide between the haves and have-nots, between the learned and the “ignorant?”

The selection of texts below includes a critical analysis of Nella Larsen’s Quicksand by Emerson faculty Professor Erika Williams, as well as profiles of and works by Harlem Renaissance artists like Jessie Redmon Fauset and Augusta Savage. As you read, you may consider the terms we use to describe this work; “unearthing,” “excavating,” “uplifting.” A sense of rigor and painstaking effort lies within these words. Yet, it is almost impossible to shake the implication of Black women as downtrodden figures to be ashamed of, or to be placed on display for the public. Even “celebration” feels tenuous, when many of these women lived and died without the praise and rewards they deserved.

Elma Lewis, who once declared “I can’t imagine a man brave enough to oppress me,” would probably advise that we keep straining against a system that wishes Black women subservient, or better yet non-existent, until such time that we see justice and liberation breaking the bounds of imagination and becoming our reality.

Zoë Gadegbeku is the Communications Manager for the Elma Lewis Center. She blogs at shewhowritesreality.com.